Jean Cockburn
Denman Island, British Columbia, Canada
Jean Cockburn retired from her professional career as an academic librarian in 2008 to become a textile artist living on Denman Island, British Columbia. She draws, quilts, embroiders, knits and crochets, makes wearable art, weaves baskets, dyes fabric, and paints watercolours. Her work has been exhibited locally in juried and group shows on Denman Island, in Courtenay, Comox, and Duncan on Vancouver Island, in West Vancouver, and across Canada with the Surface Design Association.

Hand stitched pieces over the past few years 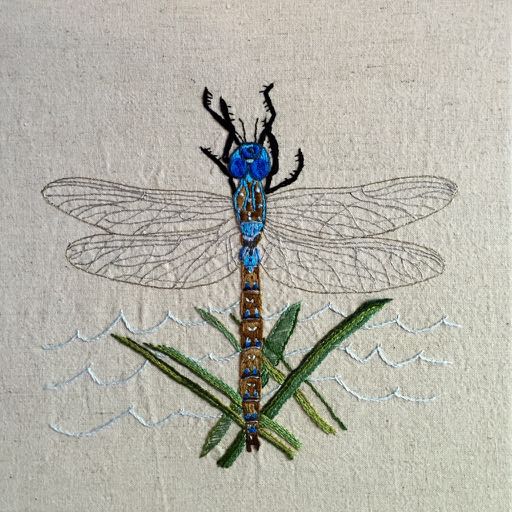 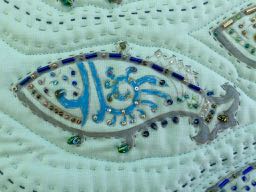 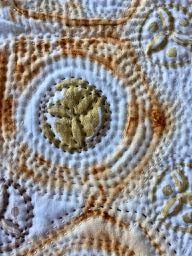 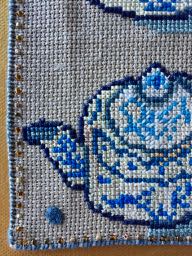 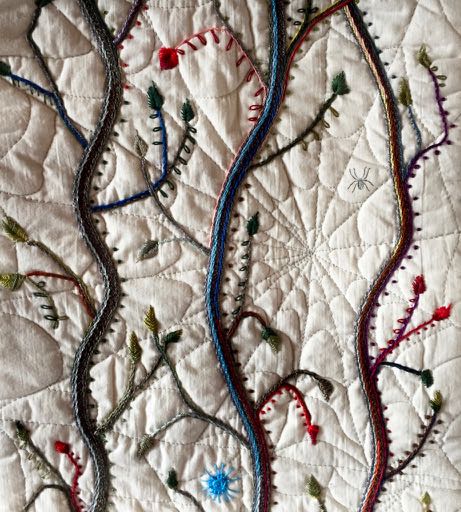 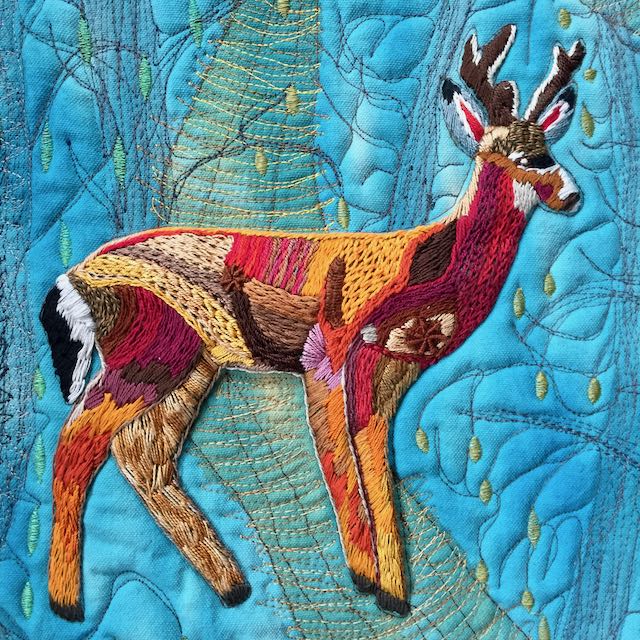 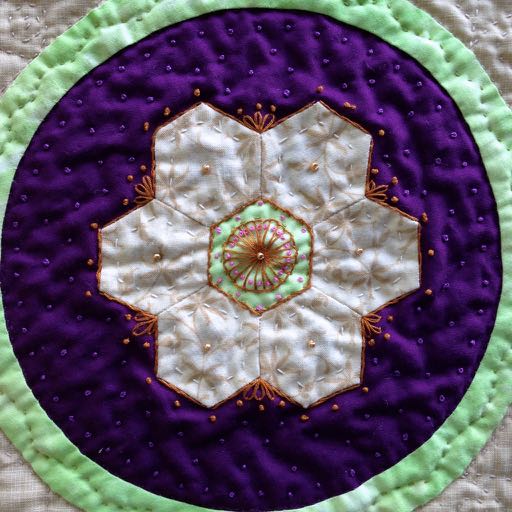 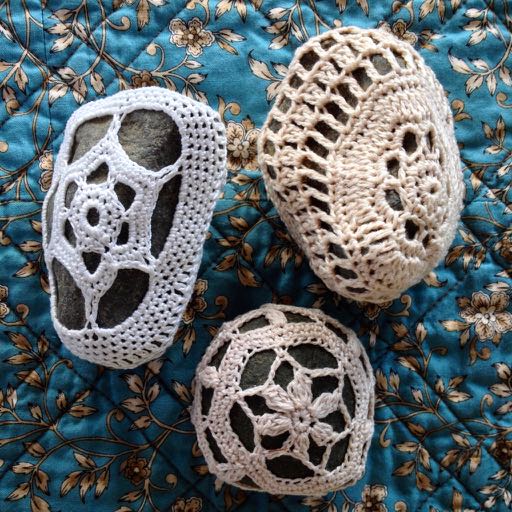 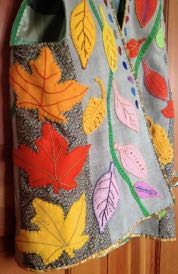 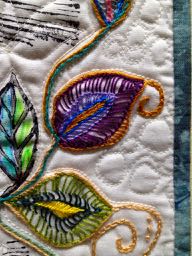 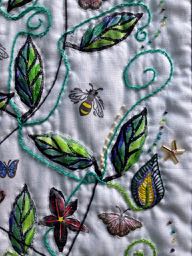 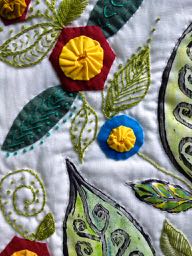 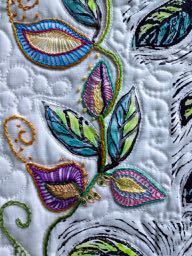 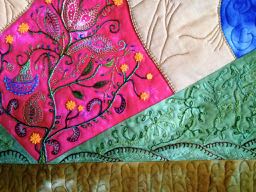 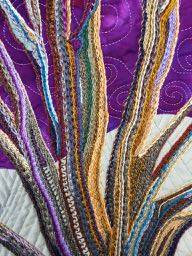 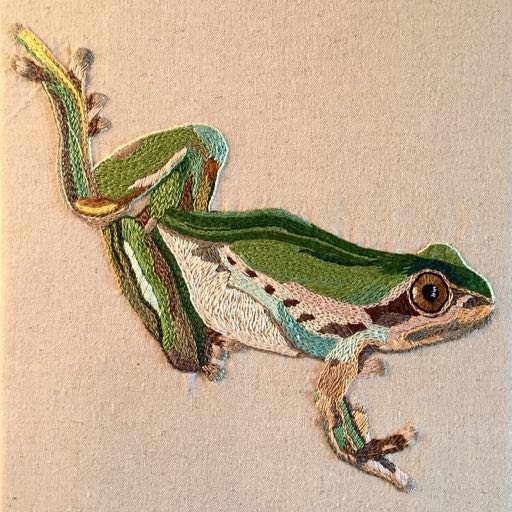 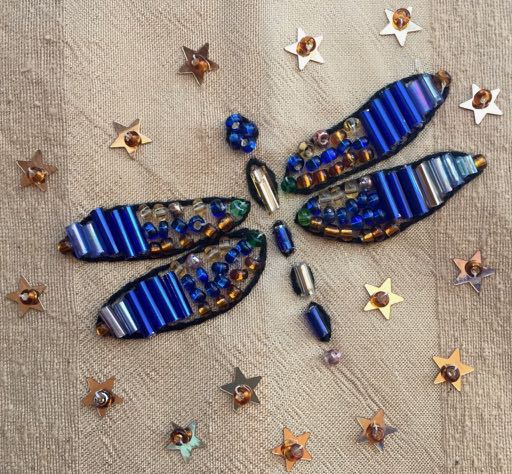 I just updated my member profile on the Surface Design Association website:

I added three new images of my textile work. I featured embroidery and beading.

Process of painting "The Wedding Reception"

My latest painting for FIN 221 at NIC was an acrylic painting on stretched canvas, approximately 3 feet square. 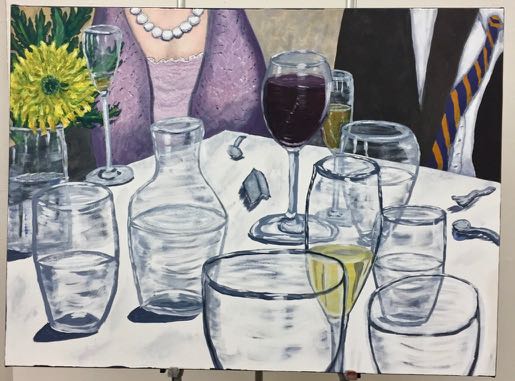 This is the painting at last week's class critique. It is on an easel, and I was not quite square to the canvas when I took the photo.

My folded patchwork quilt has been in the making for several years.
Here is the link to its history  http://whenyouloveblue.blogspot.ca/2016/09/japanese-reversible-patchwork-2-by.html

I finished it the autumn of 2017, and in November put it up in the hallway of the local medical clinic on display, 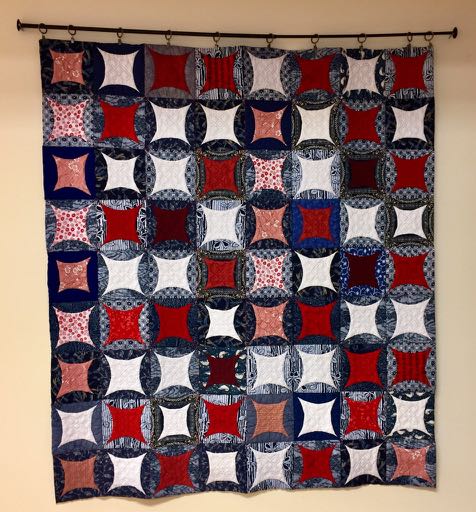 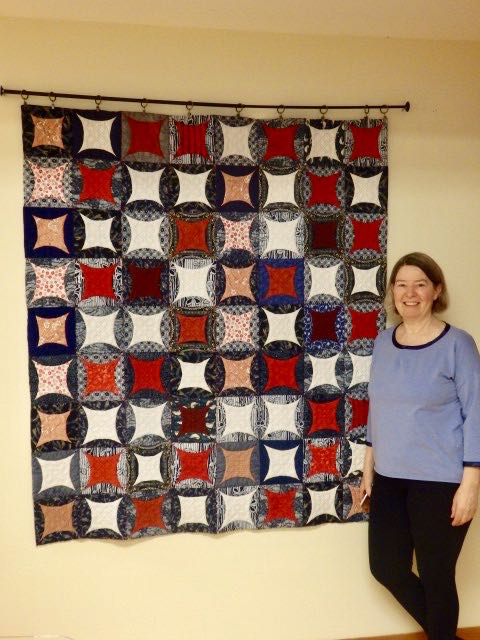 Group of Several group art show at the Denman Island Summer Art Gallery. May 17 - 27, 2018. My water colour and gouache paintings on display.

Silent auction in support of the Denman Community Land Trust, November 18, 2017. I have donated two quilts and an acylic painting to be auctioned at the fundraising event.

Group of Several painting show at the Denman Arts Centre, May 18 to 23.

Featured artists, with Pelka Wiltshire, at the Denman Island Craft Store, during November and December 2016.

Current Threads, a group show of the Vancouver Island Surface Design Association, in Sydney, B.C. from July 18 through 31, 2016.

Sooner or Later - Representations of Contemporary Self-Portraiture, a group show at the Comox Valley Art Gallery in Courtenay, B.C. from June 1 through 30, 2016.

October 22 - November 10, 2015. Portals Gallery in Duncan, British Columbia. Garden Tapestry Fibre Arts show. A show of the Vancouver Island Surface Design Association. My piece is a Garden Fantasy triptych featuring embroidery and beading. The three pieces are titled Leaves, Blossoms and Bees, and Butterflies. (Note that 2 of my 3 pieces sold at this show, the third piece will be on display March 5 -19, 2016, at the South Shore Gallery in Sooke, B.C.)

February 2015. QuiltCon, Modern Quilt Guid of America conference in Austin Texas. My quilt titled Syncopation was juried into the quilt show, where it was displayed in the Handwork category.

December 2014 through May 2015. Comox Valley Airport and the Comox Valley Arts Council exhibit. My quilted piece is titled Sailboat at Anchor in Baynes Sound.

Activities other than fabric arts.